GenZ is on the water!  It’s hard enough being a teenager, but imagine spending 24/7 with your parents and brother in a 100 square foot space!  It would be easy to feel resistant, but as Abby Bridges explains, shifting her mindset from passenger to crew has made all the difference.  Whether you’re a teenager or a parent with kids aboard, or just find it hard to start pitching in around the boat, Abby provides 5 easy steps for getting more out of your adventure by being a good crew member.

How to be good crew

Aboard any boat, there is a functional hierarchy. A person is either the captain, part of the crew, or a passenger. The captain is responsible for the safety of the vessel and everyone onboard. The crew supports the captain in performing his/her duties, and assists in the operation and maintenance of the boat. A passenger doesn’t have any responsibilities; he or she is just along for the ride.

When I first started sailing, I was a member of the passenger category.  My dad is the captain, my mom is the first mate/chef and my 11-year-old brother is the cabin boy.  As a passenger, I expected cruising to be a series of beaches and infinity pools, without any kind of physical labor involved. Once reality set in, I realized that despite the work effort, cruising is infinitely more fun if you are a part of the team. The mental transition from passenger to crew takes real effort, but I’ve found that it makes the end results that much sweeter. 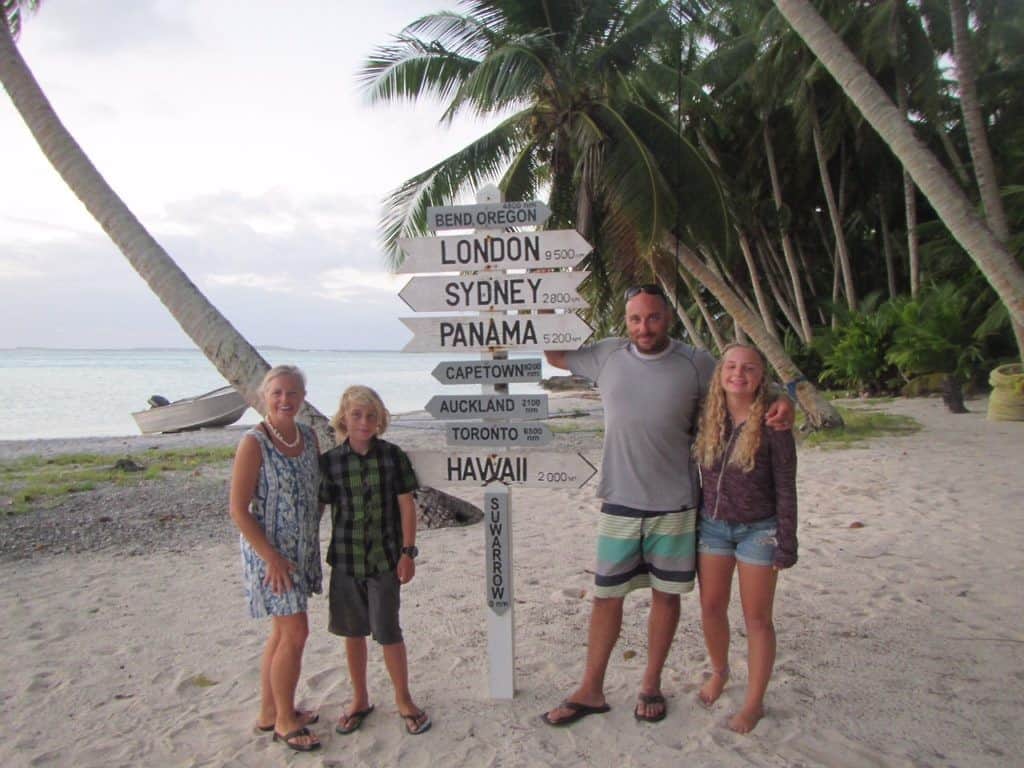 Step 1 – Be hungry to learn

The first step in shifting your mindset from passenger to crew is having a desire to learn, and acting on it. At the beginning of my sailing days, I was against my parent’s decision to cruise. I’ve come around now, but I remember being reluctant to do anything crew-related because I couldn’t care less about the actual sailing part.

I can recall the exact moment that I changed my attitude. My parents and brother had just dropped the hook in a beautiful anchorage in Mexico after a long and tiring passage. They wanted to go into town to get some ice cream to celebrate our arrival. I was just about to climb into our dinghy when my dad, the captain of our boat, stopped me and said he was buying ice cream for only the crew, and that I didn’t deserve it because I did nothing to help. As I protested, I watched my family go off to shore while I was stuck on the boat, deprived of any cold treats. I decided that from that moment on, I would strive to learn to be crew. Not just for ice cream, but because I wanted to truly be a part of our adventure.

One of the most important things in being an active crew member is speaking the same language.  Sailing has its own lingo; it’s almost a foreign language.  Learning how to sail will be much easier once you understand words like mainsheet halyard, boomvang, or starboard. When my dad tells me to trim the port jibsheet, I do so without even thinking about it. A crew member must be able to handle many aspects of the boat quickly and efficiently. I needed to show the captain that I was ready for that responsibility, and that he could trust me and that started with understanding what is required. Now I take any opportunity to help and as I prove myself to my dad, he challenges me further.

Step 3 – Set your ego aside

Sailing requires teamwork. It is something that takes a large amount of involvement from many different people. There are roles of captain, 1st mate, 2nd mate, quartermaster, able-bodied seaman, ordinary seaman, chef, cabin boy, and way too many others to list. Each person is crucial to keep the boat afloat and running efficiently and there isn’t room for egos.

A crew member must work well with others, and should obey any order given immediately, without question. The hardest part of being a crew member for me is to do just that. I am an extremely stubborn person who always wants the last word, so learning to shut up and take orders was very difficult, and it’s still something I’m working on. Even if you disagree with the captain, I must not contradict the captain because he has the experience and the authority to make the right decision. Even disregarding the smallest order can compromise the safety of the entire crew. I had to learn that if the captain tells you to do something in a firm tone, it is just because it’s a matter of urgency, not because they’re being mean. Mentally giving the captain control is something that takes great maturity, and once you can do that, you are officially part of the crew. 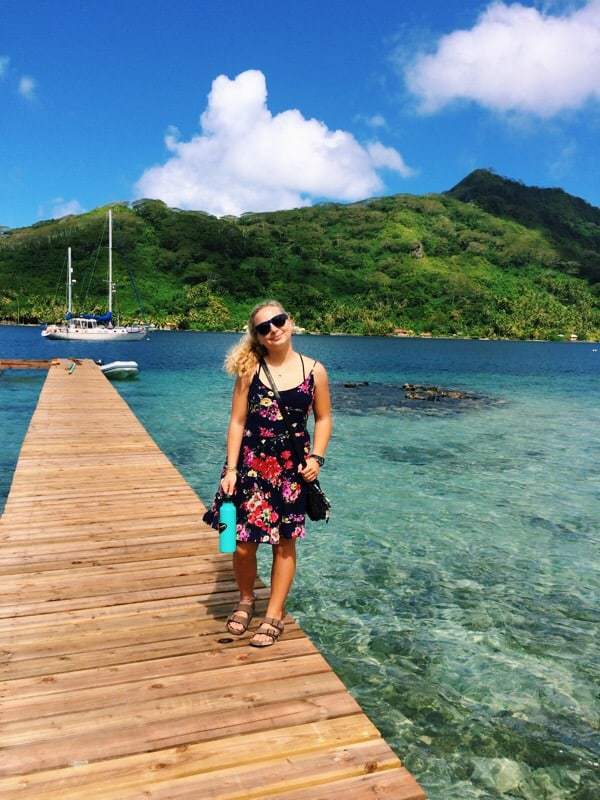 Processed with VSCO with c1 preset

A great benefit to being a crew member is that you can give input towards many decisions, whereas a passenger has no right. Ultimately, the captain makes the choice, but often he regards the speculations of the crew. As a crew member, I am respected by adults in a way that a fifteen-year-old ordinarily wouldn’t be, and trusted to make larger scale decisions. Of course, my parents aren’t handing over the charts and compass completely. They still have the final say, but I feel like my opinions are valued, and my parents’ idea to sail around the world isn’t theirs alone; it’s become my adventure too.

Knowing that I took part in sailing our boat from California to Mexico and then to the South Pacific leaves me with a feeling of deep accomplishment. I know it’s because the things we are most proud of in life are the things we work hard for. My dad asks me every day if I want to be Passenger or Crew. I’ve made my choice and I don’t regret it for a second.  I don’t even care about the ice cream…as delicious as it is.

Abby Bridges is a fifteen-year-old sailor who is currently cruising in the South Pacific with her family of four aboard their Gulfstar 50, Beach Flea. She enjoys surfing, SCUBA diving, and doing backflips off the side of her boat. Follow her on Instagram @abbygbridges or check out her family’s sailing adventure at www.beachfleas.com 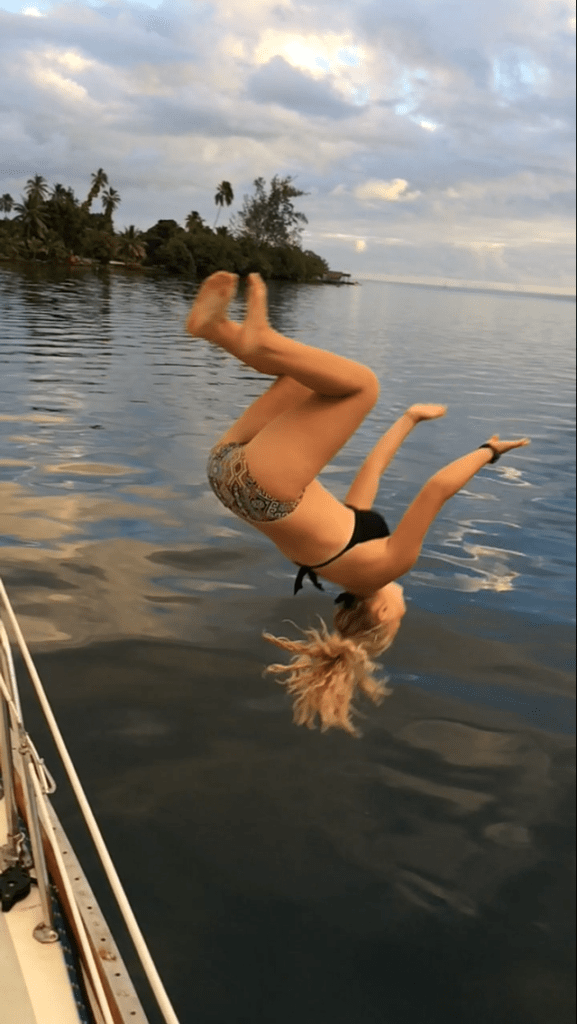 Well written article and excellent choice of pictures. Abby's articulate opinion says it all! I hope her article inspires other teens to "get over themselves" and get involved with sailing. Following directions is totally worth all the benefits of being safe and fun sailing to awesome places!

This is a great article and I would love to share it with our Junior Sailors. Could I have permission to publish it in our club's newsletter?

No problem. Please go ahead.

Great post, people often don't know what to do when crewing and it can get frustrating for everyone. Crewing should be fun!

What a cute article!! I'm so glad you came around the helping crew the sailboat. I think its so rewarding!