Ever wondered what it would be like to sail around the world, or how long it would take.  Tom and James aboard Blue Eye have set themselves the ambitious task of sailing around the world in three-years.  As Tom explains below, three years is both too short, and too long, usually depending on the weather.  Either way, it’s an incredible adventure, one which you can follow along at sailingblueeye.com

Such was the shocked response of my girlfriend, family and friends when I told them how long James and I would be away for, sailing his Nicholson 32, Blue Eye, around the world. They spluttered beer, wine or whisky everywhere.  Beer, wine and spirit sprayed from their pursed, incredulous lips.

I explained to them, as I mopped up and promptly ordered another round, that Blue Eye was built to cross oceans, but not particularly quickly; that there were weather patterns we needed to conform to (ahem…hurricanes); and that in the grand scheme of things, three years wasn’t all that long anyway. I’d be back in the pub with them in no time… though they’d have to buy the drinks, as I’d be dead broke.

That’s not to say a circumnavigation is an extortionate means of travel: on the contrary, it is probably just about the cheapest way to see the amount of countries that make their way onto a round the world itinerary. And for some places, a sailboat is literally the only way.

Now that we’re on the road, so to speak, we have a new audience to justify our plans to. “Three years?!” gawp the cruisers across the bars, mercifully withholding a spray of whatever their tipple might be. Many of these sailors have been on the sea for as long as they can remember, and show no signs of wanting to rediscover what it’s like to have land permanently under their feet any time soon. The reaction is similar in tone to that of our loved ones, but vastly different in implication, and before I know it I find myself on the end of an inverted lecture that I have given to those closest to me back home: your boat is not very fast, you have to think about the weather, three years really is not long enough to see the world… 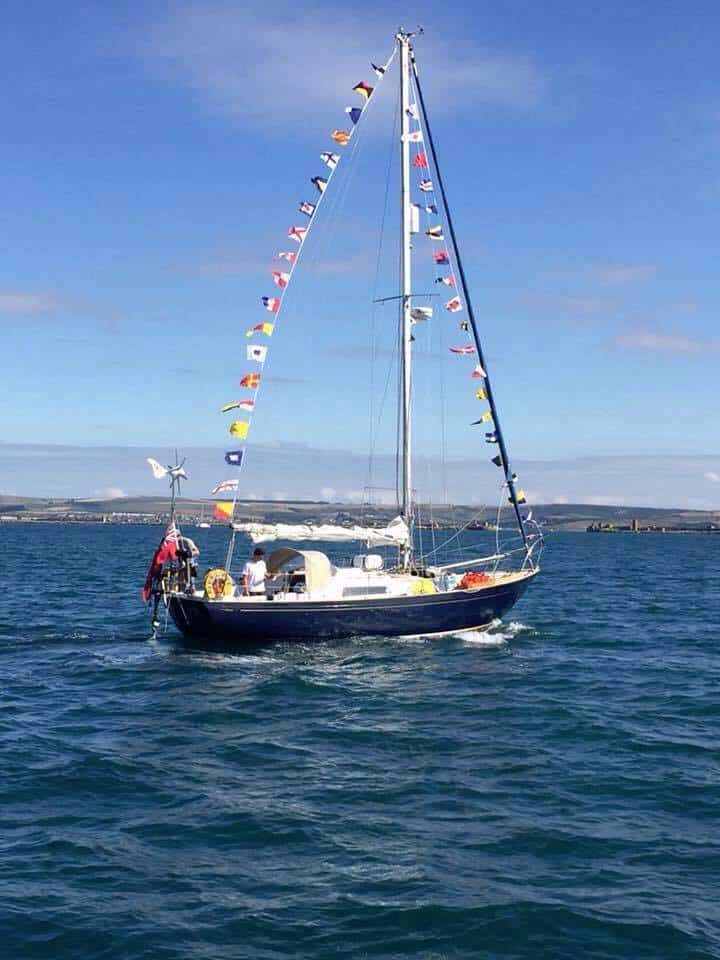 Three years, of course, is not long enough to see the world. It wouldn’t even have been enough to properly experience the fraction of it that we have seen so far. But – and here is the clincher – ten would not be sufficient either. Nor twenty, nor fifty, nor a lifetime. There is simply too much of it to be seen, too much adventure to be had, too much for our souls to discover. The trick to travel as it is to life, then, is to prioritise that which is most valuable and, as the somewhat banal saying goes, make the most of it.

In light of this, when we set off from England in August 2016 our philosophy was to find a way of staying off the beaten track. Not many travellers go by sailboat, and we intended to remain true to such individuality in every aspect that we could. It was in our first port of call – Camaret, France – that the standard was set. Shunning the waterfront bars packed with holidaymakers, we headed into the backstreets where we came upon a delightfully quaint square in which sat a rustic yet lively café. Outside, the locals had gathered for the evening to play music, drink beer, and smoke rolled cigarettes as the summer sun slowly slipped from the sky: it was quintessentially French, and the pinnacle of what we had sought. In every destination since, we try to find the same trueness that we once found in that square in Camaret.

The beauty of our current location – the South Pacific – on the other hand, is that so little of it is on the beaten track that entire archipelagos fulfil the demands of the Camaret square. Whereas once an alleyway with the distant strums of a French quartet could goad us to venture another direction, in the South Pacific one simply goes as and when the wind takes them, and they will almost certainly end up somewhere very few people will ever go. It is in such a place that a boat really comes into its own: access to some of these utopias without one is simply not possible.

A case in point is Hakatea Bay of Nuku Hiva, the largest island of the Marquesas group in French Polynesia. A towering and magical concavity which can only be approached by sea, this little piece of paradise has been earmarked as a Garden of Eden by other visiting sailors, given the tropical fruits and flowers that occupy every corner of the eye as you amble over the soft and moist earth. And it is the precursor to a stunning walk through jungle, rivers and wilderness, which concludes with a tremendous canyon that has been carved over the millennia by a waterfall cascading from 800-metres above. 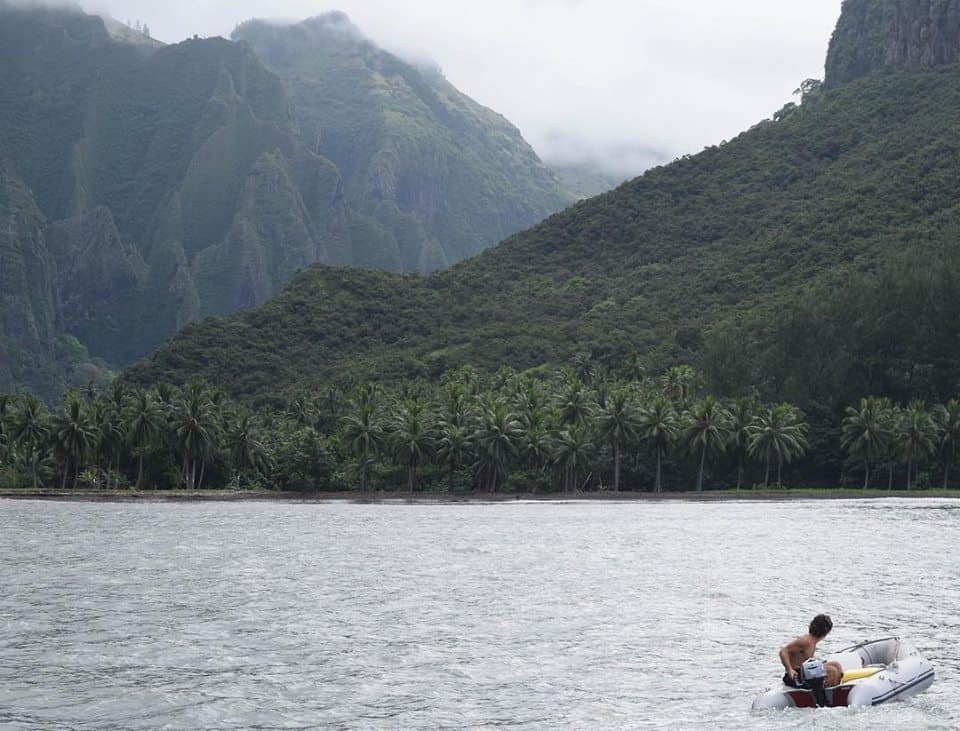 Weary from indulging in this immensely gratifying stroll, we returned to the picturesque village that sat peacefully at the river mouth, nestled between a bay bountiful in fish and a backdrop of rising mountains; the same mountains that ensured a visitor could only arrive by boat. With much enthusiasm, we accepted the invitation to join a family in the village for dinner, which transpired instead to be an insurmountable feast comprising the fish they’d caught, the vegetables they’d grown, and the goat they’d hunted and subsequently obliterated on a barbeque. It was a world away from the civilised publicans in the square of Camaret, but it shared a truth that endeared it to our travelling hearts just as strongly. 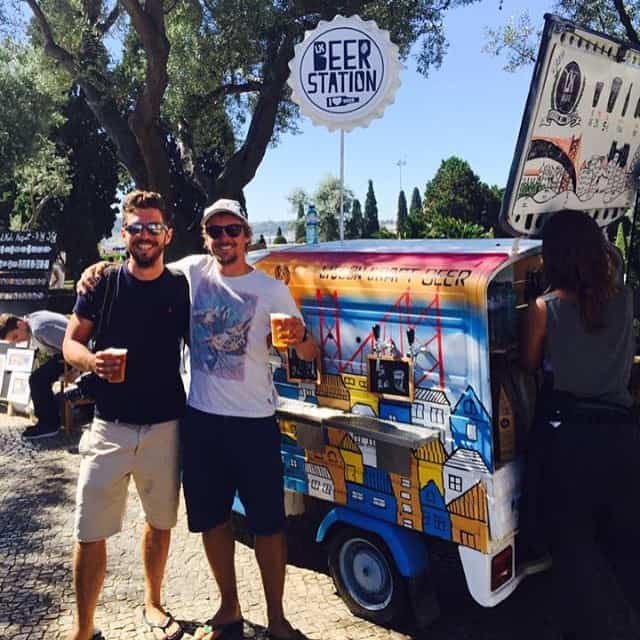 “Three years?!” I occasionally catch myself thinking. Sometimes I’ll be considering it as Blue Eye weathers some heavy winds, and it seems like too much. Sometimes I’ll be considering it as we sail away from a place we don’t want to leave, and it seems like too little. And sometimes – though not often enough – I’ll consider it beyond myself, and realise that three years of sailing around the world is more travel than most have the opportunity for in a lifetime.

Yes, three years will do me just fine.