7 FUN GAMES TO PLAY ON A BOAT

When it’s chilly on deck, there’s nothing more fun than hunkering down in a cozy cabin with a good boat game. Here are our 7 all-time favorite indoor boat games. 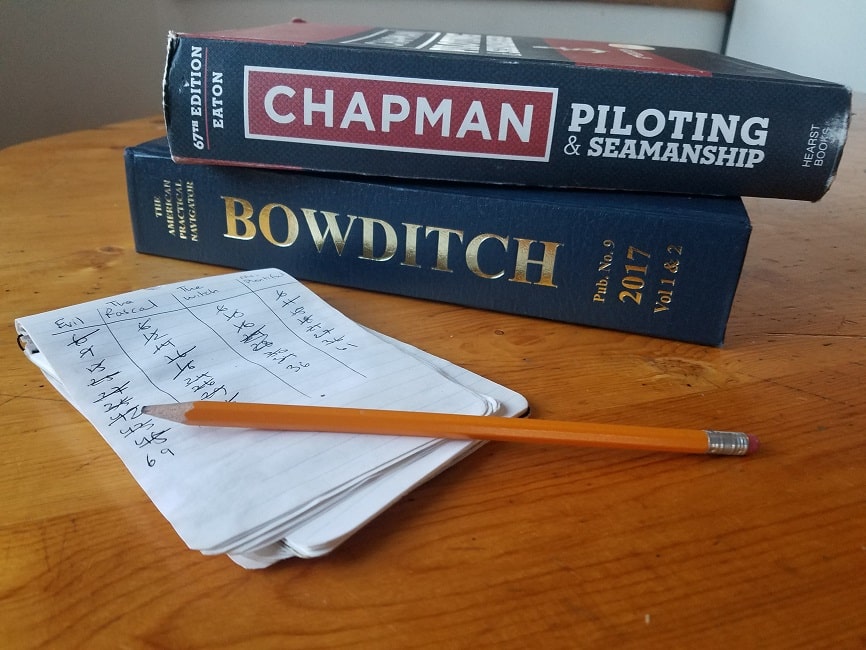 Note: This post contains affiliate links. If you purchase through one of the links, we’ll earn a small commission.

The nautical extension packs for Settlers of Catan – one of the best boat games for strategists!

The wildly popular, Settlers of Catan has sold more than 18 million copies worldwide since its initial release in 1995.There are two nautical extensions to choose from. In the Seafarers expansion you build ships and shipping routes along the sea and connect islands where you may build settlements. In the Explorers & Pirates extension you set out for uncharted areas where you must maneuver around dangerous pirate lairs.

Speed scrabble with a nautical twist: each player must have a nautical word in their Scrabble grid. This fast paced game is one of the best games to play on a boat because it takes up so little space. 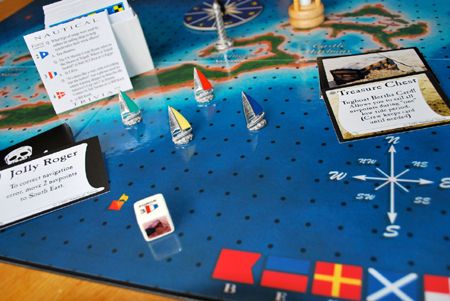 Boat games don’t get much better than trivial pursuit. Test your nautical knowledge on topics like navigation, seamanship, visual signals, and nautical terminology.

High stakes on the high seas! A two-player battleship themed game where you try to guess the location of your opponent’s warships and sink them. There is a paper and pencil version of this game that dates back to World War I but if you grew up in the ’90s then you’ll probably be familiar with the plastic board game marketed by Hasbro.

In the Hasbro version of this classic boat game, players use portable battle stations to seek and destroy each other’s battle ships. To play the original paper and pencil version: 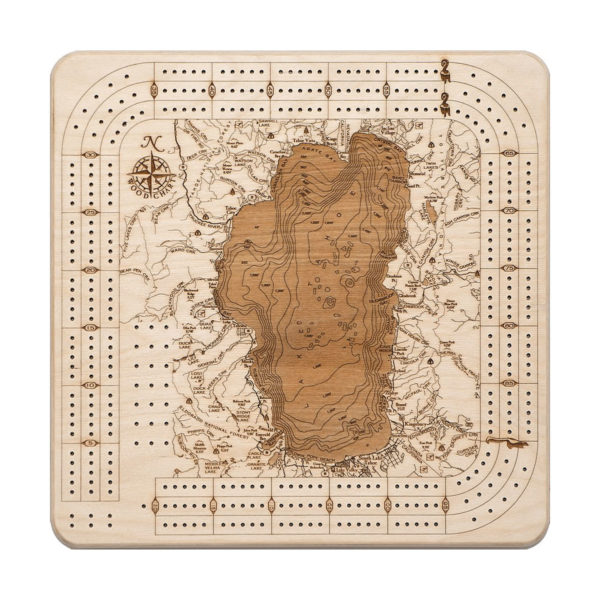 Cribbage is an English card game that dates back to the 17th century and has long been a popular game on boats. Cribbage boards have been found in the wrecks of pirate ships and today cribbage is the “official” game of the American submarine service.

Check out this quick 7 minute video on how to play cribbage:

Guess the word on the card on your forehead from your friends’ clues before the timer runs out! This is a great game for a boat party.

The Heads Up app works displaying a word when you hold your phone or tablet to your forehead. Your have to guess what the word says based on the clues that the other players give you. The app comes preloaded with 40+ themed decks on topics like celebrities, movies, and animals but you can build your own custom decks. Simply add a bunch of nautical words (e.g. “starfish”, “pirate”, “baggywinkle”) and let the fun begin. One of the cool features of the app is that it can record hilarious videos of the game while you’re playing.

You can of course play a low-tech version of this game by writing the terms down on paper cards and having players draw from a pile and hold them to their head.

Are there other boat games you like to play? Let us know in the comments below.

Sailing knots – the ones you need to know

If you’ve ever found yourself fumbling over a basic sailing knot in the early season, you’re not alone. As the

How sailing around the world prepared me for lockdown

Boat dogs! A guide to cruising with your canine

How to find free or cheap boats for sale

How to choose foul weather gear

Used boat values and pricing – determining a boat’s worth

Sailing knots – the ones you need to know

How sailing around the world prepared me for lockdown

Boat dogs! A guide to cruising with your canine

How to find free or cheap boats for sale