Have you ever wondered what it’s like to call pan-pan?  Guest poster, Andrew Baines (27), was sailing from the UK to the Netherlands when things took a serious turn for the worse: his Colvic Sailer 29’s forestay snapped while out in 30 knots and a 2m swell. This was just the beginning of his problems. 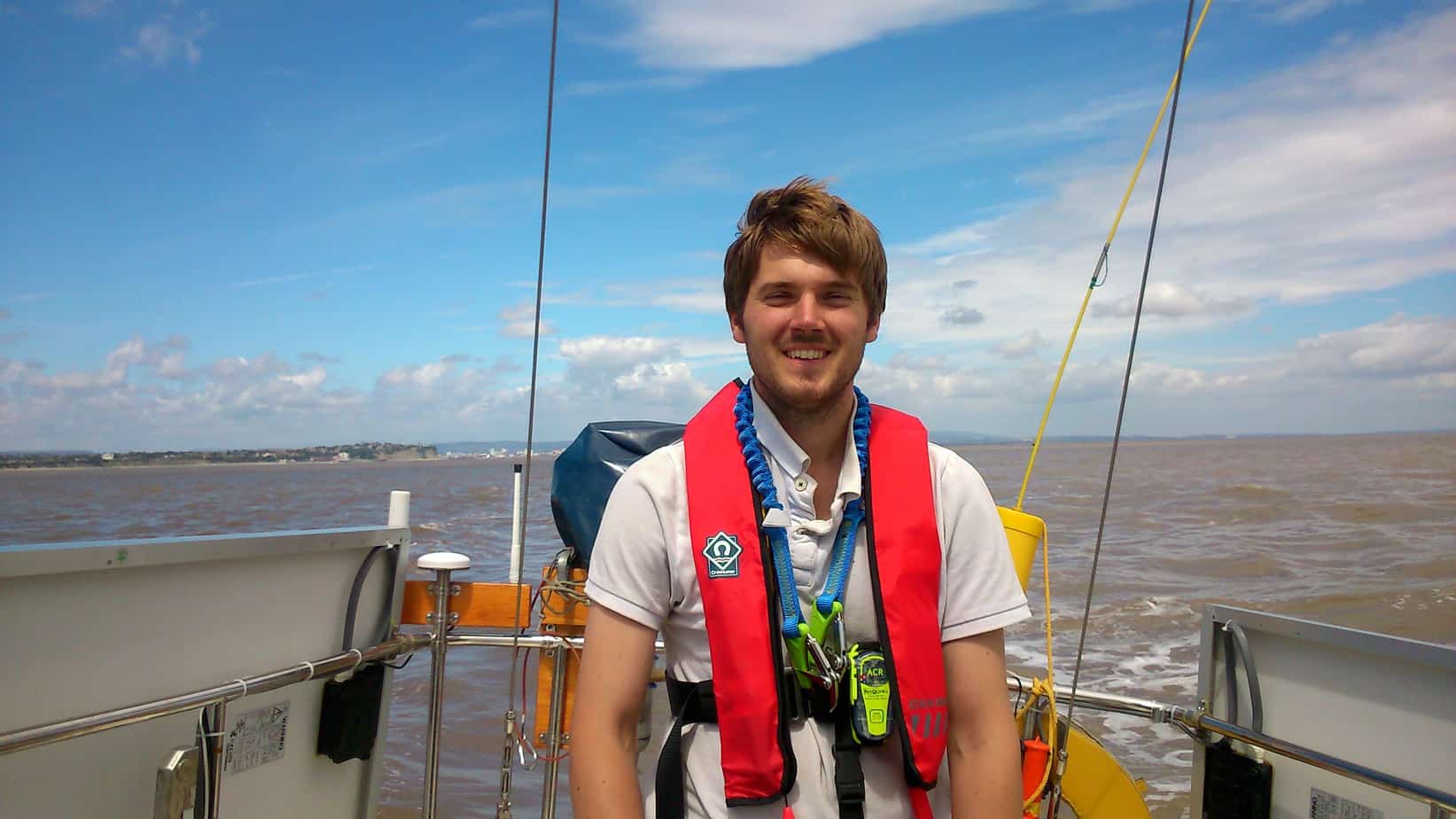 My dad and I left Milford Haven (UK) at sunrise, bound for Ijmuiden (Netherlands). The weather window was perfect for the trip, a rare north easterly to push us down to Lands End, backing to a south westerly after a few days – perfect for sailing up the English channel. We hand steered all day, firstly because we were very close to dead downwind, secondly because it was simply great sailing! Just as darkness fell we took a reef in the main and genoa in anticipation of rounding Lands End at night. Lands End sees quite a bit of traffic, mainly fishing/trawling, and has only a few miles between the shore and the traffic separation scheme operated in the area. The night was going well, I was on the sunrise watch looking forward to shaking those reefs back out as it got light again when…

BANG, which was followed by the sound of a flogging sail. “What on earth was that?!” looking forward I could see the genoa luff bent like a banana. I called my dad from his bunk, clipped on, and ran forward to fit the inner forestay we have for hanking storm jib onto. Somehow we managed to get the genoa furled away around its broken forestay, the furling system now swinging around hanging from the genoa halyard. Peace was restored. We fired up the engine and took down the mainsail – I didn’t want to risk damage to the mast or dismasting by sailing on with just the inner forestay in place. 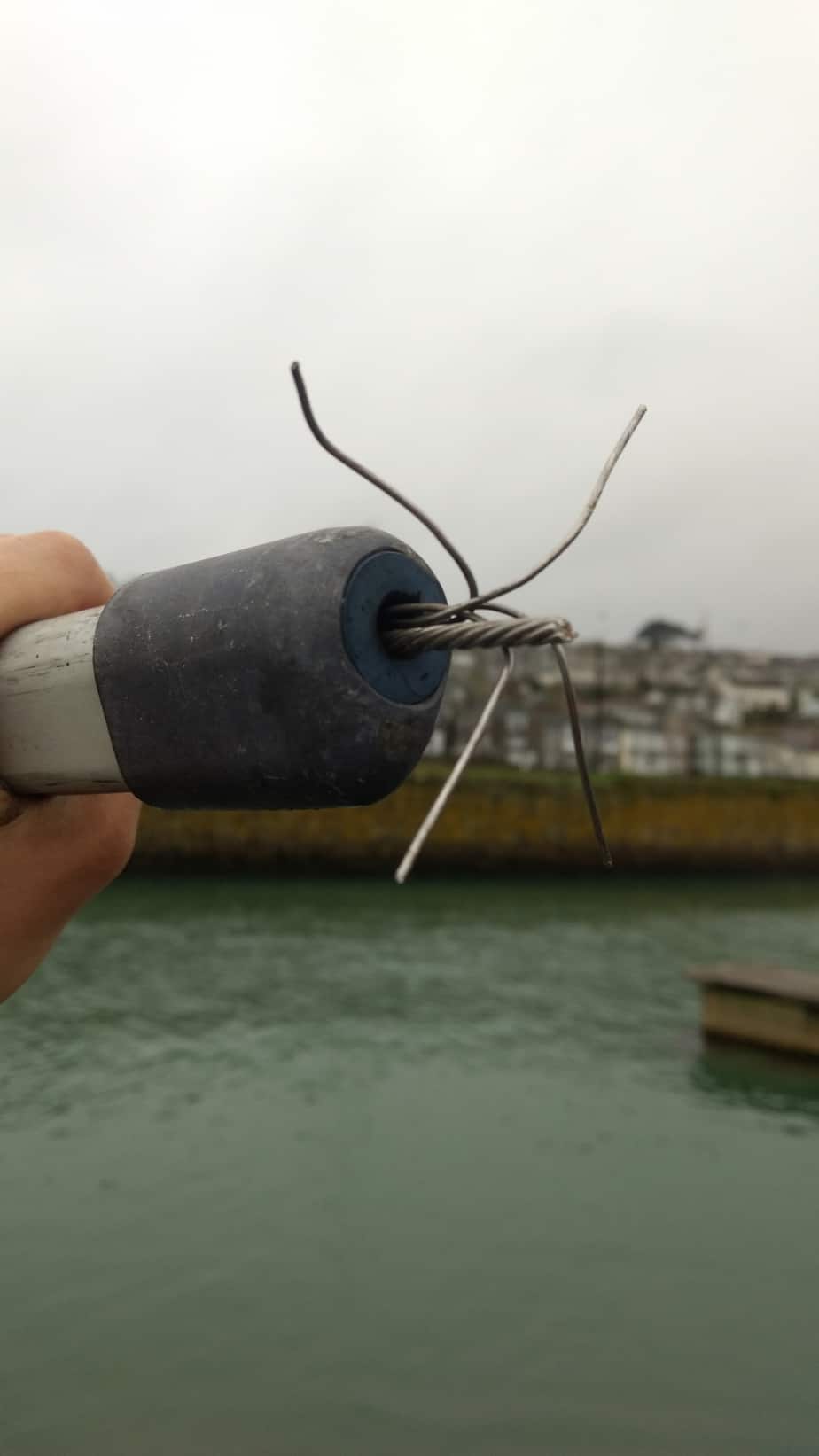 By this stage we are about ¾ of the way between Lands End and Lizard Point. We had two choices, we were about equal distance between Penzance and Falmouth. Falmouth would have a marina, we knew it was set up for yachts, had riggers, the chance of a quick repair of the forestay was good. It was also in the direction we wanted to go; although forced to stop for repairs, we would still be moving in the right direction. Penzance harbour was smaller, mainly set up for fishing boats and besides, it would mean going backwards. The big plus for Penzance was that we would have the tide, wind and swell behind us (it was still a north easterly at this point).

Perhaps I should also mention at this point, that the engine in the boat was a BMC 1.5L diesel from 1976 and while it always seems topull through, it takes a lot of patience and TLC. In hindsight, had we at this point decided to motor to Penzance rather than on to Falmouth, we probably wouldn’t have encountered the situation we did. Around 4 miles south of Lizard Point, the engine stopped dead. We looked at each other. I went below to look at the engine while dad tried to start it again… nothing. The engine had seized. What to do now?

We sat for a few minutes in the cockpit discussing our options, we decided on a pan pan call for assistance. I went to the VHF radio thinking, “I can’t believe I am about to do this for real.” “Pan-pan, pan-pan, pan-pan, all stations all stations all stations…”. No response. We waited. I tried again. No response. I knew my radio had worked 24 hours earlier because I had used it to arrange a lock out of Milford Marina. It seemed inconceivable that if the radio was working, I would get no response to a distress call in a high traffic area where the coastguard is regularly on the radio communicating with ships.

I picked up my handheld radio thinking we were lucky to be close to shore and called Falmouth coastguard. The reception was really bad but I managed to get in contact and communicate that we were in trouble. Using a hand held radio was far from ideal. The swell was around 2m, and the wind was blowing around 30 knots; if I stood up in the cockpit to speak, the wind created so much noise that nobody could understand – that meant crouching under the sprayhood knowing that when we went into the trough of a wave, our connection would  break up. Due to the bad reception using a handheld radio, I had to read our position multiple times, and I’m sure it didn’t help that the position I kept saying changed each time (with the wind and tide together we were drifting at around 2.5kn). Luckily a nearby cargo ship had heard our position clearly enough and relayed this to the coastguard. 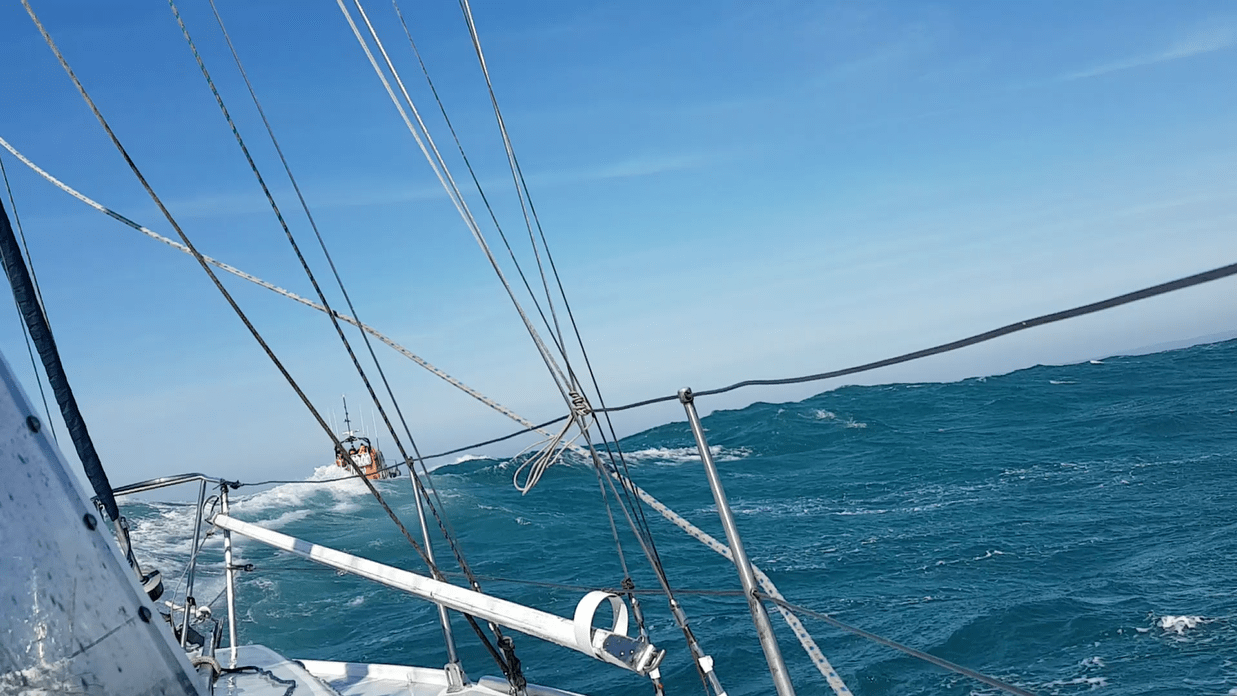 Then the Lizard Lifeboat “Rose” arrived. They were awesome. In the UK the lifeboats are not a part of the coastguard but a charity, and all the Lifeboat men are volunteers. Although volunteers, they train a lot, and my word did this show, they are really true professionals. We were in contact with them the whole time through the VHF radio and they really walked us through the steps to take to prepare for the tow. They circled our boat, having a look at the deck hardware, told us exactly where they wanted the tow lines to go, threw us a line and off we went in tow to Newlyn harbour. There was an interesting moment at the beginning of the tow when the lifeboat started forward, the lines went tight, the bow swung round and it suddenly occurred to me that I need to steer! I jumped behind the wheel just as a wave started pushing us sideways against the tow line, cursing myself for my momentary lapse of concentration just as it was needed most. 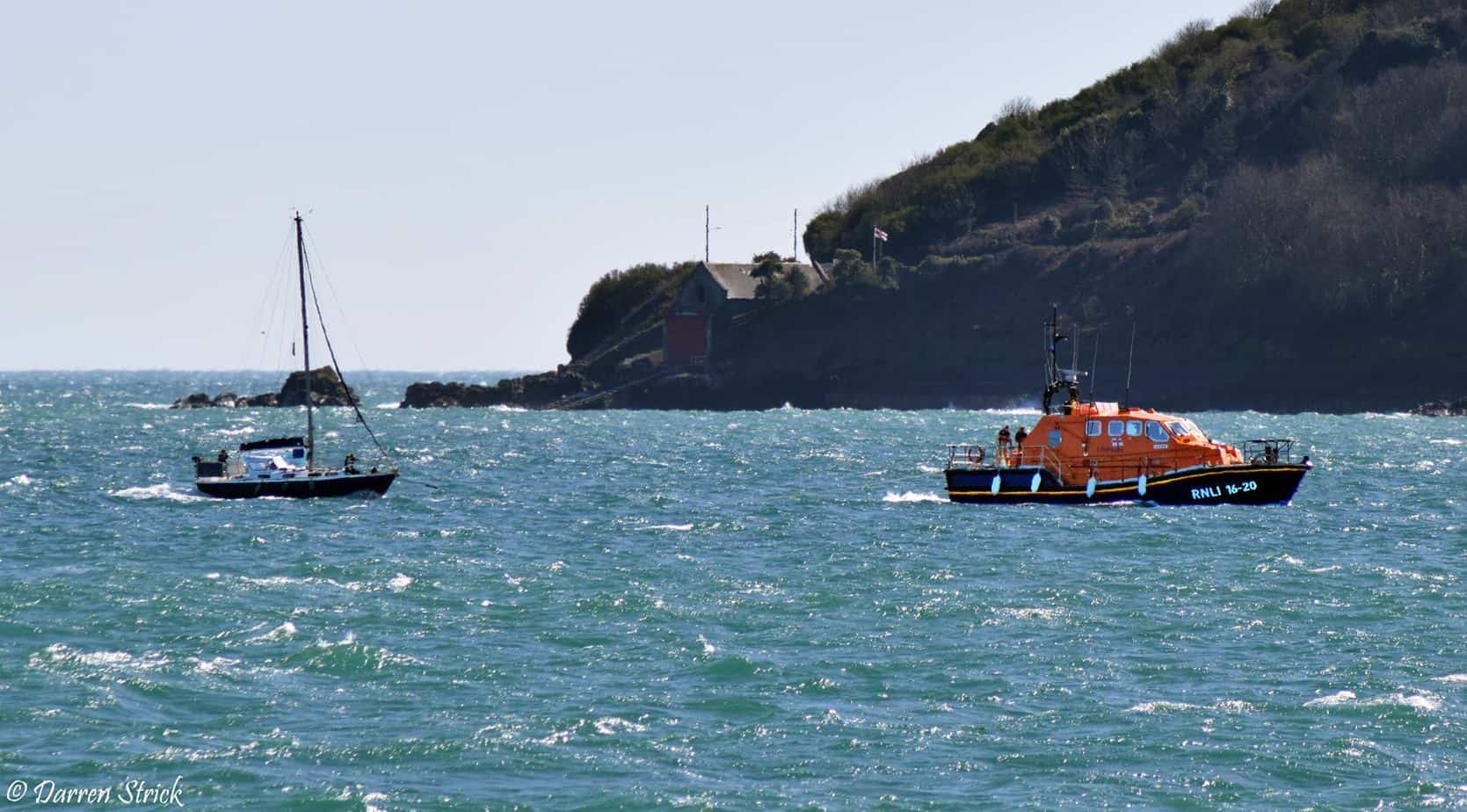 Today, the boat is still lying in Newlyn Harbour, waiting for a new engine (ouch) and forestay. Despite my initial reservations about getting repairs done in Newlyn, we found it to be a very friendly community. After testing the inboard VHF on shore we found it had a lousy range of probably around 2 miles – an issue gone unnoticed under normal use, going in and out of harbour. The cause of this weak range was water wicking inside the coaxial cable and corroding the copper.

What did I learn from this day where just about everything seemed to go against us?

A massive thank you to the Lifeboat men and women at the Lizard Lifeboat Station, the awesome volunteers whose Saturday afternoon we ruined!

To donate to the RNLI https://rnli.org/support-us/give-money/donate

I would also encourage all British yachtsmen to join the RNLI as offshore members, you never know when it will be you who needs to them!

Do you have a story you’d like to see on Young & Salty? Check out our submission guidelines.

Question: could you have sailed with the staysail and a deeply reefed mainsail? Perhaps using the jib halyard to support the masthead?

Thanks for sharing your "adventure". Glad to see it turning out with no injuries. Your summary of things learned is very helpful.

Interesting read...Glad to hear everything turned out OK for Andrew and his dad...thanks for posting it...