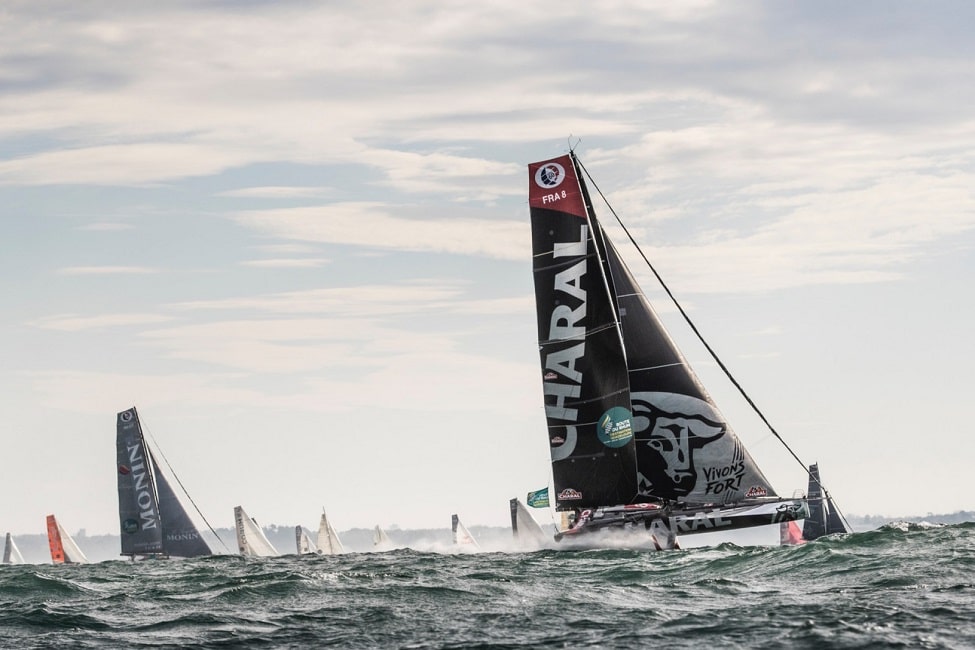 With the 2020 Vendée Globe less than a year a way, here’s some background on the race and five fun facts about the “Everest of the sea”.

The Vendée Globe is a single-handed, non-stop sailing race around the world without assistance, and the ultimate test of human endurance in ocean racing.

The race which runs every four years, starts and ends in Les Sables-d’Olonne, France. The course is a circumnavigation along the clipper route. The boats head south, down the Atlantic Ocean, and hang a left at the Cape of Good Hope, traveling clockwise around Antarctica. Once past Cape Horn they head north across the Atlantic, returning to France.

The sailing yachts must meet IMOCA 60 (“Open 60”) class criteria. This class is composed of monohulls of “open” design, which means there is no fixed boat design. Instead boats must meet a set of parameters, known as a “box rule”. Class criteria includes a set length (between 59 and 60 feet), a maximum draft (15 feet), and restrictions on flotation, and self-righting ability among other things. 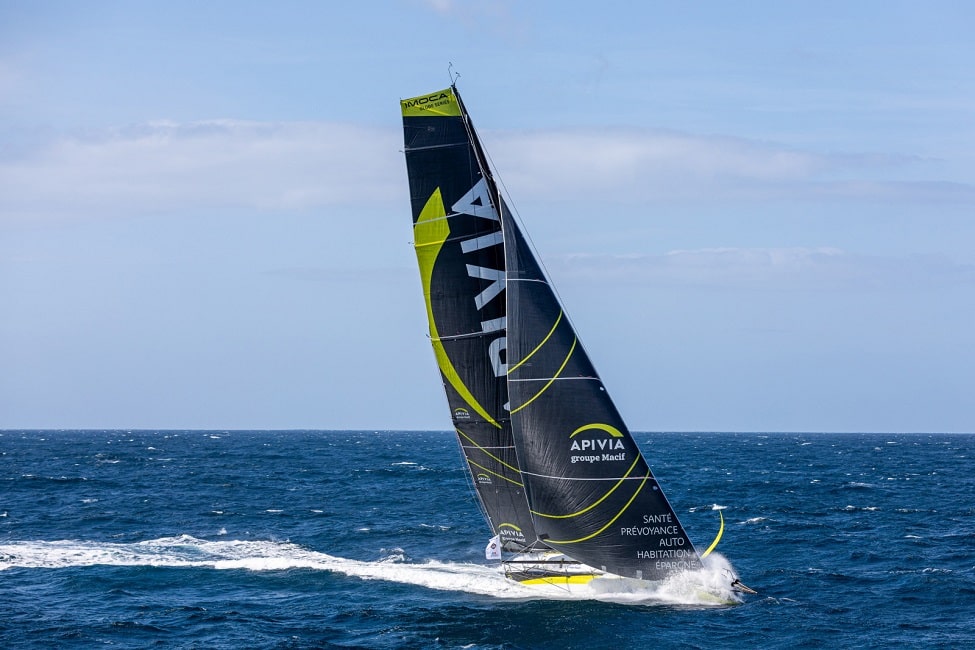 Perhaps the most notable rule is that competitors aren’t allowed any outside assistance, which means no weather routing or picking up spare parts. While a competitor may anchor (e.g. to make minor repairs) they may not pull up alongside another vessel or dock.

Every race, records for the fastest round the world circumnavigation are broken. In 1999 the winner, Titouan Lamazou completed in 109 days. In the most recent race (2016-17), French sailor Armel Le Cléac’h, aboard Banque Populaire VIII, set a record at a blistering 74 days 3 hours and 35 minutes, beating the previous record of 78 days held by François Gabart. To do this, Le Cléac’h covered 24,500 nm at an average speed of 13.8 knots!

A record 37 sailors applied for a spot on the start line of the ninth edition of the Vendée Globe, but before they reach the start, they’ll have to complete a qualifying course. By November 2019, following the 2019 Transat Jacques Vabre, 18 had secured a spot on the start-line.

Perhaps the most exciting element of the 2020 lineup is the broad array of boat designs that will be competing. From new-built revolutionary foilers, to retrofitted foilers, to traditional non-foiling Open 60s, the fleet is so diverse, you can expect to see many races within the race.

Amongst the new boats, there is a lot of exciting, cutting edge technology that will be tested for the first time. The 2016-17 Vendée Globe saw the introduction of foiling technology, but most of the IMOCA 60s with foils had been retrofitted, and those that were new built were designed to be competitive without foils. No one really knew if foils would be reliable in an ocean race.

When the first four yachts to cross the finish line were foiling boats , it became abundantly clear that foils were the future of modern offshore racing. This led team Hugo Boss to design a pure foiler for their 2020 entry.  If the boat were to lose a foil, it would essentially become uncompetitive in non-foiling mode.This extraordinary racing machine will be skippered by British sailor Alex Thomson.

There will be 19 foilers at the start of the Vendée Globe in November 2020, 9 of them new built. The rest of the fleet will be classic IMOCAs, some of them very fast and powerful, including Banque Populaire X (2012 winner).

5 FUN FACTS ABOUT THE VENDÉE GLOBE

So extreme is the movement on the new 2020 foiling boats that there has been more discussion about skipper safety. The concern is such that many of the foiling skippers have talked about wearing helmets and protective body armour. 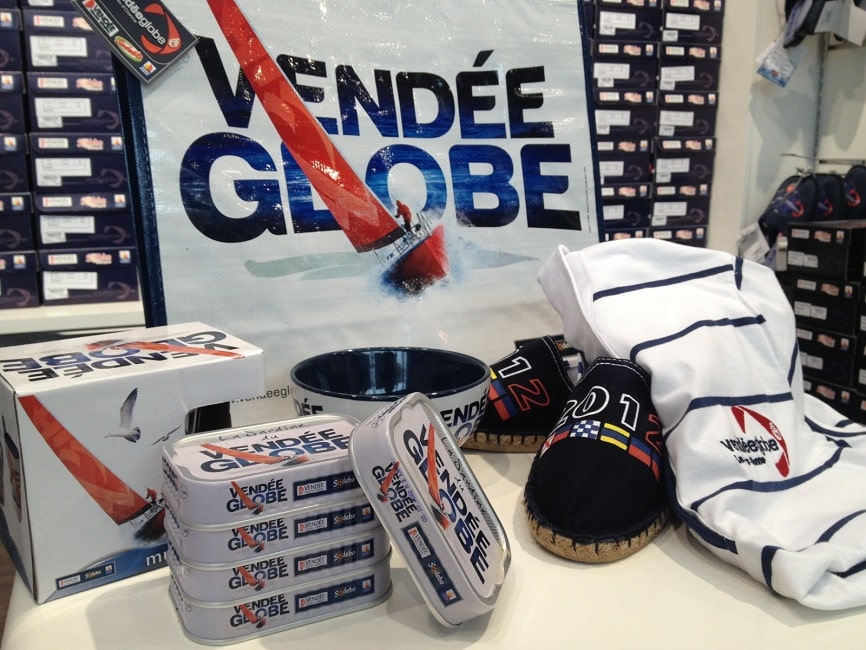 Almost half don’t finish the race

Historically, 46% of boats that start the race, don’t finish. While this has improved in recent years with only 38% of boats not finishing in 2016-17, it goes to show the extreme risks associated with offshore sailing. The boats that don’t finish run into challenges like keel and rudder damage (or loss), dismasting, capsize, and collision with floating objects.

It costs millions to enter

In 2011, the organizing committee estimated that it would cost between 2.2 and 2.5 million euros (3.1 and 3.5 million USD) to prepare an entry. Numbers have only increased since then. Team Hugo Boss’ entry is estimated to cost a whopping 6 million USD!

More women than ever

In November 2016, there were no women at the start line, the first time this had happened in 20 years. In February 2020, of the 35 candidates, six women are entered, more than ever, according to organizers.