Celebrating Thanksgiving last week, I was thankful that I had not been at sea for the last 150 days.

The remaining six Golden Globe competitors, who are racing around the world solo non-stop without modern technology, have been sailing since July 1st and likely won’t make landfall until February. Having long since consumed all fresh produce, they’re currently surviving on canned and freeze-dried food. So what’s a retro ocean racer to prepare for a holiday feast? When I was at the start-line of the race in France this summer, I took a peek at their provisions. Here’s a sample retro-racing 3-course meal: 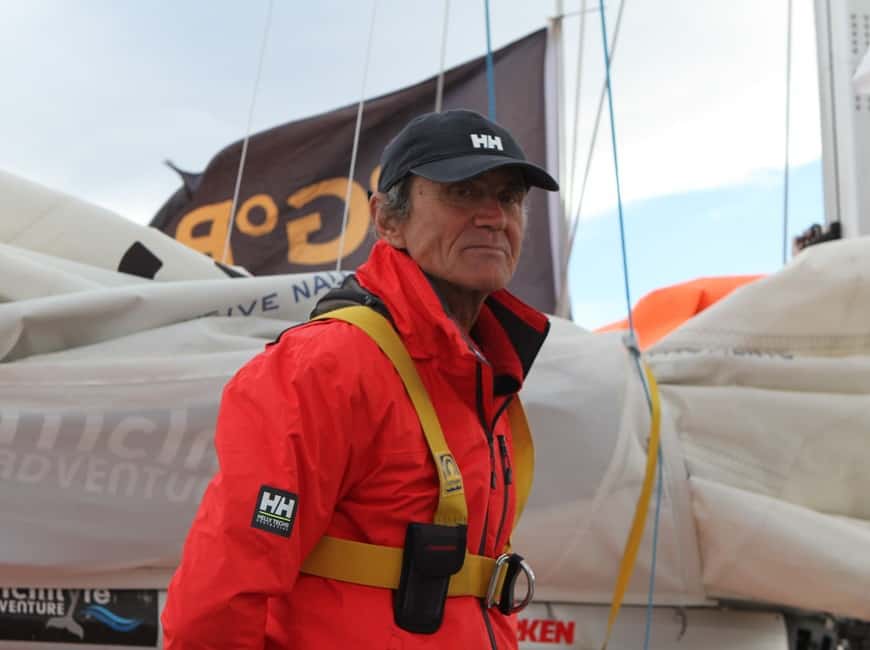 American competitor, Istvan Kopar, describes US Wellness Meats’ Pemmican as his “secret weapon”.  A dried paste of pounded meat combined with fat, it looks a bit like a stick of pepperoni. Pemmican was originally conceived of by North American first nations and later used by Arctic explorers like Scott and Shackleton. “I’ve got a supply for… 2,000 calories per day,” Kopar said. Now that’s a lot of meat paste. 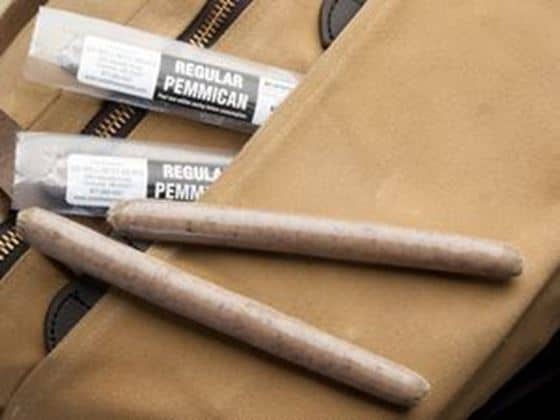 When I met French sailing legend, Jean-Luc Van Den Heede, an army of volunteers were busily preparing provisions on his boat. One person had the task of sorting a hundred or so dried soup packets. It was unclear what type of soup (perhaps tomato?) but with dried soup crystals it hardly matters what flavor you buy. The resulting liquid is generally awful. 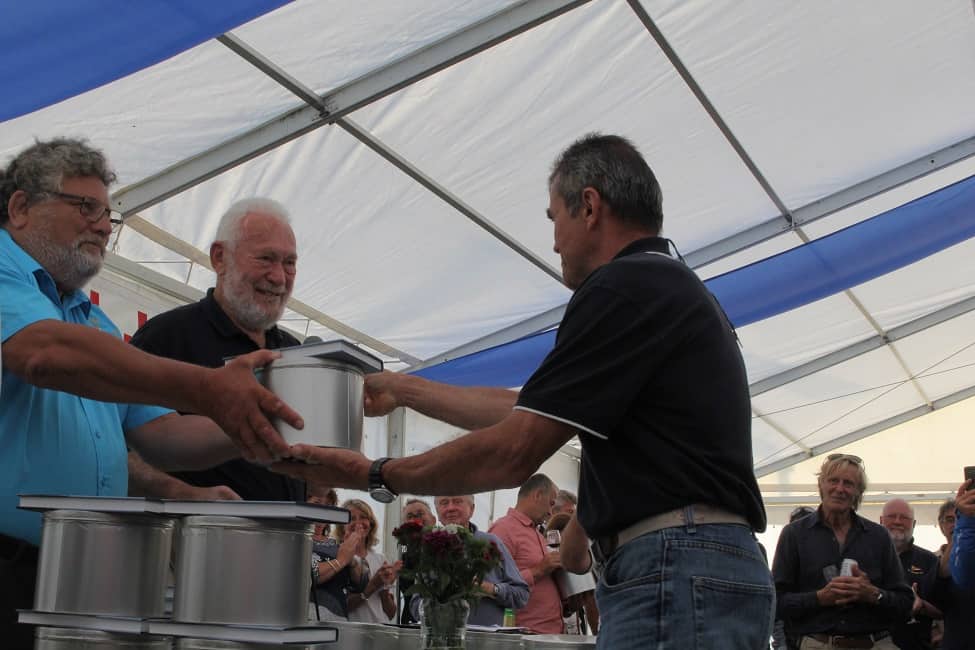 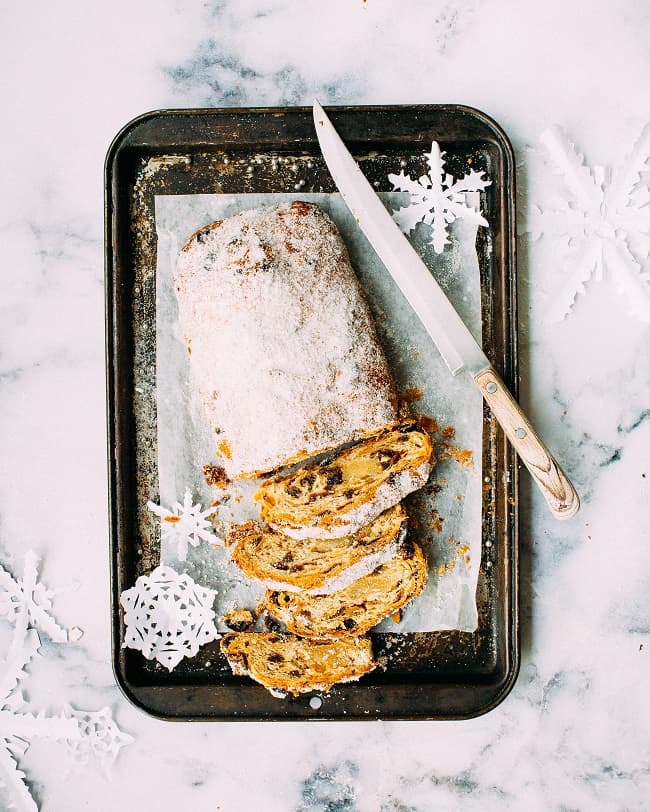 In the first Golden Globe Race (1968), Robin Knox-Johnston, who would become the first man to sail around the world solo non-stop, brought one of his Aunt Aileen’s fruit cakes with him. In commemoration of his Auntie’s wonderful baking, Knox-Johnston presented each of the 2018 Golden Globe Skippers with a fruitcake prior to departure, with the instructions “to be consumed upon rounding Cape Horn”. Susie Goodall, the youngest and only female competitor, wasn’t about to set sail with a single fruitcake. Her father baked her an additional 28 fruitcakes for her round the world journey, “enough for one slice per day” she said. 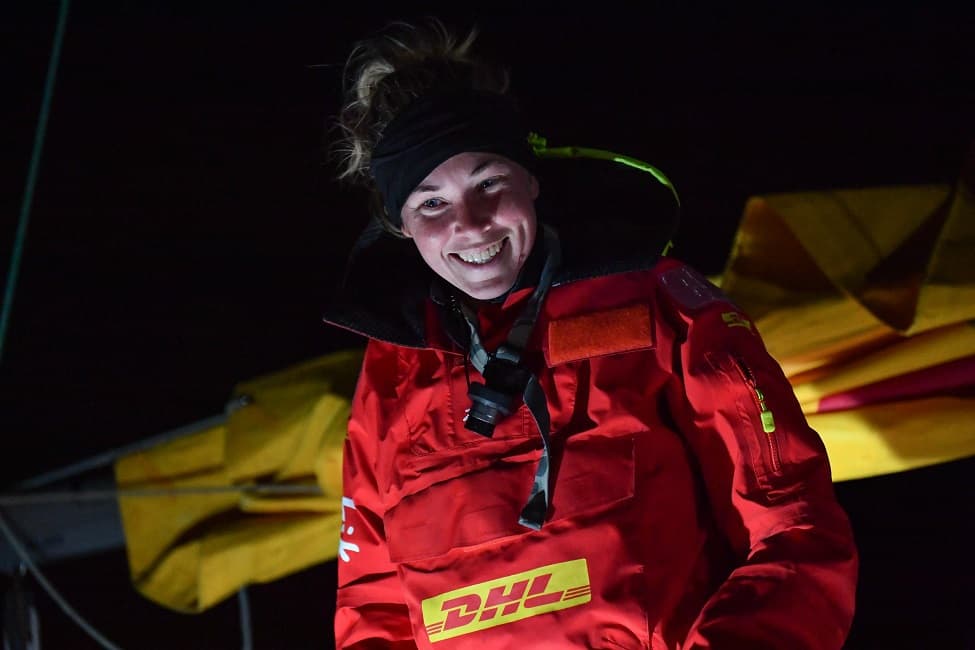 In 1968 Robin Knox-Johnston carried a crate of whisky “a necessity, not a luxury”, a case of brandy and 3,000 cigarettes. In July 2018, Irishman Gregor McGuckin (since retired from the race when he was dismasted in the Southern Ocean) set sail with a 16-liter barrel of Glendalough Distillery whisky. Russian competitor, Igor  Zaretskiy’s carried a supply of 600 packs of cigarettes (est. 12,000 cigarettes). Due to a barnacle infestation, he plans to pull into port in Australia. Hopefully he won’t have to pay duty on all those cigarettes! 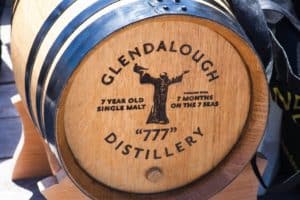 Want to learn more about retro racing? Check out: Sailing like it’s 1968! 6 sailors recreate a race that happened before they were born