You’ve all heard of the sailing vlogs, Sailing La Vagabonde and SV Delos; if you haven’t, try to find a bottle jack or pry bar or something and see if you can get out from under the rock you’ve been living, then go to YouTube and type in ‘I’ve been living under a rock and I want to watch sailing youtube channels.”  They will be the top two picks I guarantee it.

But there are also a lot of other sailing youtube channels out there dealing with the sailing/cruising life.  The awesome thing about visual media is that it can be beautiful, fun and still teach you something.  Below is a list of Waterborne approved sailing vlogs. 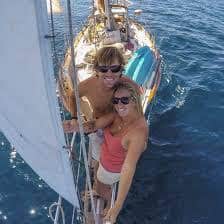 Good production quality, great cinematography.  They’re a cool young couple sailing about the world.  They’re quite genuine and show a lot of the daily activities associated with the cruising lifestyle.  Swimming in the water, fixing the boat, finding cheap local alcohol, fixing the boat, meeting people, fixing the boat…They’re travelogue focused, with beautiful images and thoughtful dialogue.  If you’re thinking of sailing in the Baja, this is one of the must-see sailing vlogs. 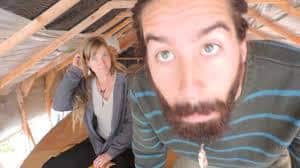 Salt and Tar is like a Tolkien inspired, fever dream.  Imagine wandering through the massive conifers of the PNW.  You hear the soft sound of chisel on wood.  Parting the blackberry bushes and sword ferns you glimpse a clearing. There, in the middle of the clearing are a couple of elves quietly building a beautiful wooden sailboat.  It’s almost hilariously aesthetic. But, behind this gorgeous facade is a very real couple working damned hard to make their dream of building a sailboat and cruising the world.  And they’re no joke; they even cut down their own mast from a nearby spruce. You can read more about what it’s like to build a boat in the middle of the woods in this exclusive interview.

Bums on a Boat 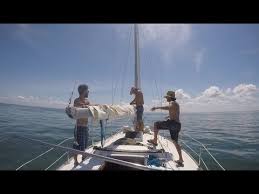 The title is a pretty good descriptor.  Sometimes sailing and cruising can be weighed down by preparation and gear and worry.  Not here, these three friends are very contagious in their enthusiasm, camaraderie and honesty.  If you like the documentary Hold Fast, you’ll love Bums on a Boat.  We’ve all got to start somewhere and this cruise vlog is a good lesson in not taking yourself too seriously and actually just getting out there and doing it.

Shaun and Julia Sailing the World 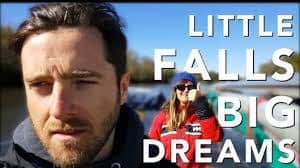 Young Canadian couple on their way around the world on a shoe-string budget.  They’re also very smart business people and aren’t afraid to share their secrets to a successful sailing vlog.  Their voyage on the Eastern seaboard sees small harbors, towns and places that otherwise don’t get a lot of advertisement. They are good inspiration to quick the 9-5, go sailing and maybe make some money along the way. 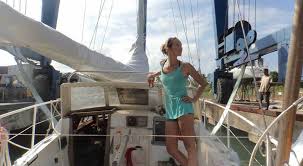 Badass.  Whitespot Pirates shows that men aren’t the only ones having fun by themselves.  Berenike (Nike) is solo sailing her 30+ foot aluminum boat Karl around the world.  She’s keeps it real; detailing the amazing highs and cyclonic lows of the sailing life. If you can’t get enough Whitespot Pirates, be sure to check out the awesome full-length award-winning documentary about Nike’s travels. 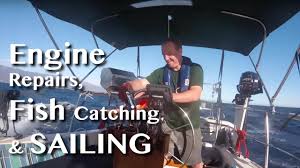 Slightly different take on the sailing/cruising adventure.  They are a cruise vlog with a purpose; trying to add what they can wherever they are.  Beleaguered by boat troubles, their sailboat cruising videos do a good job of showing other sailors and armchair cruisers how to fix things on board, from losing a halyard to fixing a broken bowsprit.  Without being preachy, Adventure Adrift is a good reminder that we should be trying to make the world a better place no matter what we are doing, and also that the ocean will throw a spanner into the best laid plans. 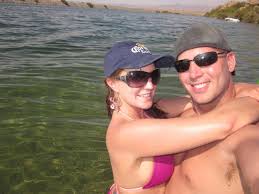 Many think it’s too difficult to raise a family aboard.  We’ve heard of so many young sailors who sold out and moved to land to start a family.  Lazy Gecko Sailing proves that it’s not only possible, but also awesome fun.  As a friend recently said; it’s probably the only place where putting a leash on your kids is considered good parenting.  If you are thinking of sailing as a family or know of others in the dilemma of raising kids afloat, check these guys out. 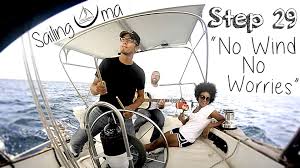 Instead of buying a couch and settling down into the conventional life, these cool kids decided to buy a #sailboat and go cruising. Featured in Good Old Boat magazine, you can follow Sailing Uma ‘s adventures on YouTube. Thinking of purchasing some heavy furniture? You might want to give this a watch first. 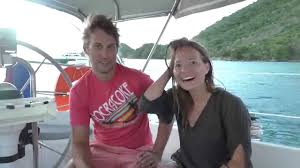 What’s possible with a sidecar, sailboat, and sense of adventure? These two young salts quit their good jobs in San Francisco and are documenting their worldwide travel adventures as they go, Check out Monday Never ‘s Youtube channel and you may also find yourself saying “No” to Mondays and embracing travel by sailboat. . 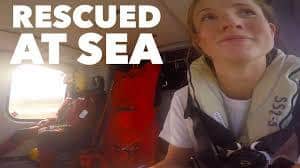 Big adventure requires self-sufficiency and getting off the grid. Tasha has some pretty wild adventuring credentials – including an attempted row across the Mediterranean (evacuated by helicopter) and sailing across the Southern Ocean.

Want more? If you just can’t get enough sailing screen time then make sure you check out our BIG list of sailing vlogs where we list a whopping 34 sailing YouTube channels.

These guys are the real deal, old boat and hilarious sense of humour!!

Thanks for the suggestion Jack! Always plenty of comic potential on old boats!

Hi Robin. Thanks for inviting us to share a link! We're Kevin and Wendy on Oyster 485 Sailing Yacht Talisman. As noted before we've got over 60 episodes at our channel and the latest is Ep 63, "Cruising the Amalfi Coast". As the name implies, this part of our adventure covers the central Italian coastline.

We have a new channel, hopefully sail back to Australia from Europe.

For those looking for something new to watch :)

How awesome! Thanks Sailing Kawai.

Not a lot of hot bods and bikini shots on our channel, but a journey to inspire people to make change in their lives whatever their age.

Thanks Barry! We look forward to checking out your adventure!

Sailing Soulianis is bought a Tartan 37 in the great lakes and is documenting their journey south on the Mississippi.